This week has seen numerous reports and commentary on news that the Royal College of Midwives might have “backed down” on its Normal Birth Campaign, with positive reaction leaving many midwives feeling under attack.

But why is all the blame for adverse outcomes with normal birth being laid at the RCM’s door?

What about the RCOG (silent so far this week), the Department of Health and Social Care (no statement), the NCT (no statement), the WHO, and numerous other organisations that have helped push the RCM’s agenda forward without listening to smaller patient representative groups? What are their next steps?

In 2012, the RCOG published highly controversial recommendations for CCGs, which doctors warned would lead to significantly increased litigation and reduce choice for women, all while glossing over the risks of vaginal birth.

As I wrote then, in a press release signed by 7 other maternity organisations and charities, it was no surprise to read the RCM or NCT (original name Natural Childbirth Trust) recommending more vaginal births and fewer caesarean births, but when the RCOG – that’s the Royal College of Obstetricians and Gynaecologists – recommends increased ‘normal birth’ rates, more forceps and ventouse deliveries, a 20% caesarean rate, and midwifery-led care as the default option for pregnant women, this is genuinely shocking, and I know for a fact there were more than a few ruffled feathers among RCOG members behind the scenes.

These are medical professionals who know stillbirth risk increases after 38 weeks’ gestation, who know a late term ultrasound scan can help identify umbilical cord knots or entanglements, who know 10-30% of women experience pelvic floor damage, and that this risk increases when forceps are used, who know that women need to be treated for birth-related injuries (e.g. incontinence, prolapse, dyspareunia) long after their last contact with a midwife, and who know that treatment of pelvic floor damage can be notoriously difficult, complex and costly (irreparable fascia and muscle, physiotherapy, multiple surgeries, unpredictable mesh, incontinence pads, counseling).

Nevertheless, and despite initially removing the recommendations from its website in the face of wide criticism, RCOG reinstated them just a few days later.

In 2015, even more shockingly, the WHO claimed that, “At population level, caesarean section rates higher than 10% are not associated with reductions in maternal and newborn mortality rates.”

Think about that for a moment.

Even with the UK’s current stillbirth rate, the WHO (whose caesarean rate recommendations have been the most quoted maternity statistic in all news media throughout the past third of a century) maintains that our caesarean rate can be more than halved.

It also says “Caesarean sections should ideally only be undertaken when medically necessary.”

Except the WHO doesn’t include stillbirths or pelvic floor damage (fistula, urinary and fecal incontinence, sphincter tears, pelvic organ prolapse, sexual health impact) in the specially formulated mortality and morbidity ‘indexes‘ it creates in order to make these statements.

Yet none of that stops its claims going viral, being cited by natural birth advocates (it’s in the RCM’s March 2016 report on interventions), or appearing in the majority of print, radio and television discussions about birth.

I am convinced that the truth about comparative birth plan risks will prove to be one of the greatest health cover-ups in modern history, but that tragically, there are going to be more infant deaths and injuries before the truth is finally exposed.

Also that avoidable, life-changing pelvic floor injuries will become the 21st century’s symphysiotomy scandal, and compensation will be sought. 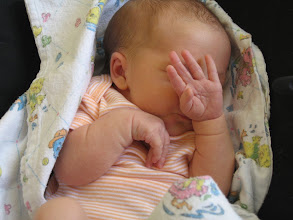 Everyone agrees safety should be the priority.

Everyone agrees respect for autonomy and individual choice is key.

– But not which choices should be communicated and accessible (caesarean requests are still refused).

– But not the evidence that should be used (birth place, birth mode, birth plan, birth process, birth outcomes).

Everyone agrees women deserve balanced information about risks and benefits.

– But not what should be communicated or when (stillbirth, pelvic floor damage, psychological trauma are considered scaremongering).

Everyone agrees that cost and resources are a consideration for the NHS.

– But not how to calculate and compare the cost of different birth plans (intrapartum outcomes, downstream health care, subsequent births, litigation).

“As long as messages from senior individuals and professional organisations remain mixed or equivocal, the potential remains for… disastrous consequences…” (HSJ 14/07/2015)

Move away from blaming midwives en masse (neither fair, true, nor particularly helpful), and shine a greater spotlight on all the other “senior individuals and professional organisations” with a responsibility for improving maternity care. For example, why did it take the Health Secretary more than 6 years to be convinced of the dangers and costs of a Normal Birth Campaign?

When the Care and Quality Commission (CQC) inspects NHS Trusts in England, its reports often include praise for low normal birth rates and criticism for high caesarean birth rates.

It is imperative that all measuring, assessing and awarding of NHS Trust ratings according to birth processes (instead of outcomes), comparisons with ‘national average’ rates, and arbitrary target setting for caesarean rates, come to an end.

Learn Lessons from Law and Litigation

I’ve lost count of the number of times I’ve read grieving parents tell journalists, “We’re speaking out because we don’t want this to happen to anyone else“, together with the stock NHS response, “Lessons have been learned.”

In the end, it took a 2015 Supreme Court judgment for real lessons to be learned.

Doctors writing in the journal Anaesthesia asked, Paternalism and consent: has the law finally caught up with the profession? (12/08/2015), but in reality, it was the midwifery and OBGYN professions that finally had to catch up with the law.

In April 7, 2017 guidance to its members, the RCM acknowledged that “The Montgomery and Lanarkshire judgement (2015) marked a significant change… Advocacy should be strongly embedded in research and evidence based practice, but needs to recognise the legal right of a woman to make any decision relating to her care, as long as she has mental capacity. This holds EVEN if a woman makes a decision which seems irrational to her care team.”

And on July 12, 2016, the RCOG press office told me, “Montgomery v. NHS Lanarkshire will have a significant influence on obstetrics and gynaecology practice in the UK, with potential impacts on doctor-patient communications, information sharing and informed consent… The RCOG began meeting with medico-legal experts last summer to gain a clearer understanding of the implications and requirements on the profession.”

In my view, withholding information about (and access to) an established medical intervention that has saved countless millions of lives worldwide (especially when women request it but also when they might need it) is unethical.

Surgery is not risk free, and this must be emphasised, but neither is Mother Nature nor induction.

Teamwork would be ideal, but failing support from the RCM, NCT or WHO, the RCOG needs to step up and ensure that women are receiving unbiased, factual information on the full spectrum of birth plan risks and benefits, in the absence of arbitrary caesarean rate targets (that even the WHO admits are not evidence based).

Planned vaginal birth (primary or VBAC) should be supported, but not promoted as somehow superior or categorically safer than planned caesarean birth.

Risk and safety are in the eye of the beholder, and women are not an homogeneous group.

Information and choice are key.